With the summer coming to definitive close, I was holding-on for a couple more hot days, and with today being October 1st, lets take a look back at the Snohomish County housing market for August 2015.

Specifically in this post we'll look at charts for:

Housing inventory shows early signs of stabilizing around 2 months of standing inventory, however; that is still well below a balanced market of 6 months.

Since August 2013, the housing inventory has decreased by a whopping 56% which pushes the balance even further into the seller's favor. 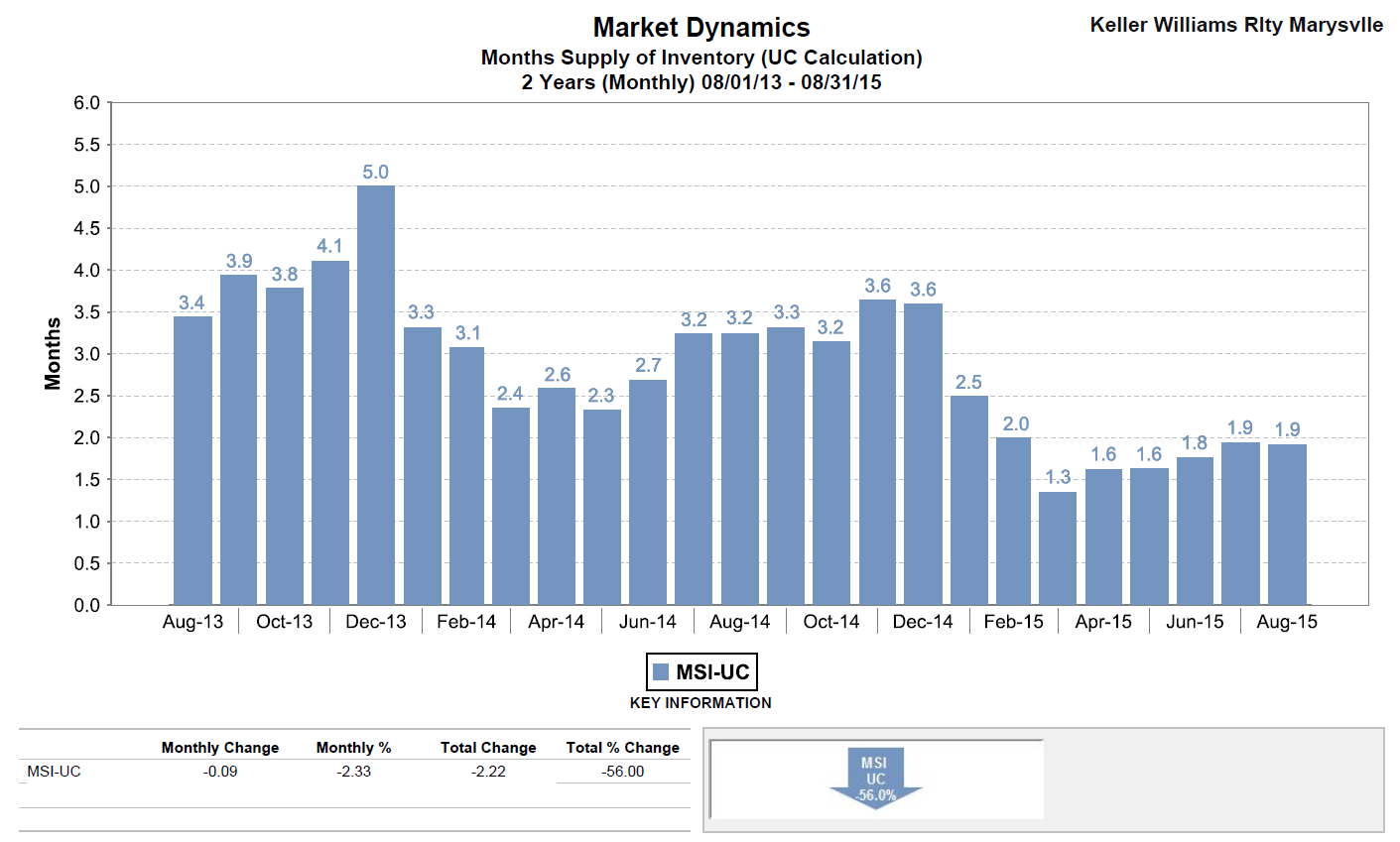 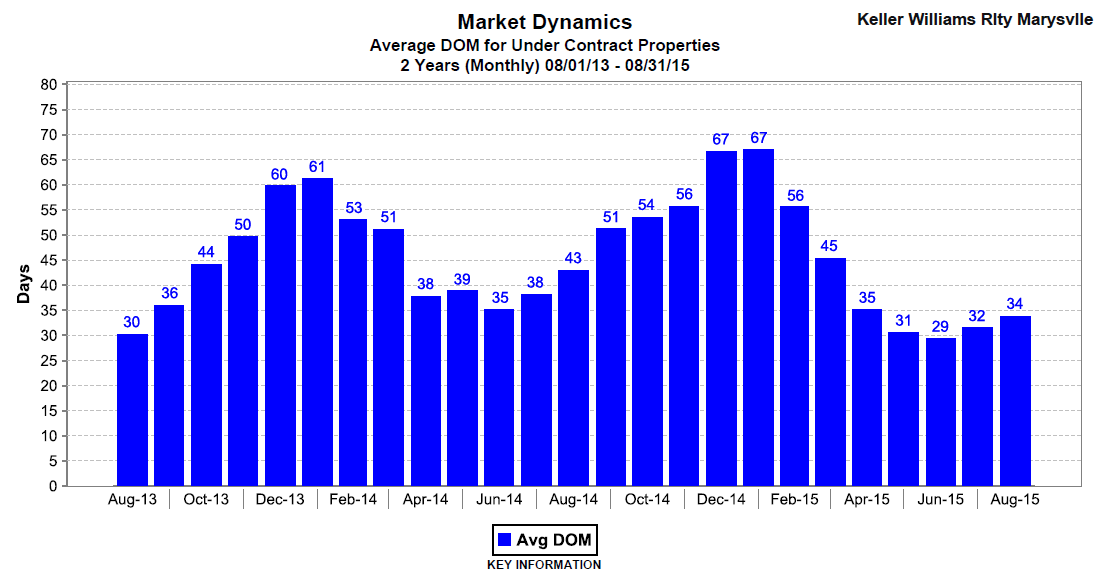 In August 2015, the number of Sold units fell sharply from July 2015 yet not uncommon when looking at the previous year(s). However, Under Contract units increased slightly over the previous month which means more people were writing purchase contracts and those should show in September and Octobers Sold statistics.

Since August 2013, both Sold and Under Contract units, have increased dramatically with Under Contract soaring 75% and Sold climbing a more modest 38%. 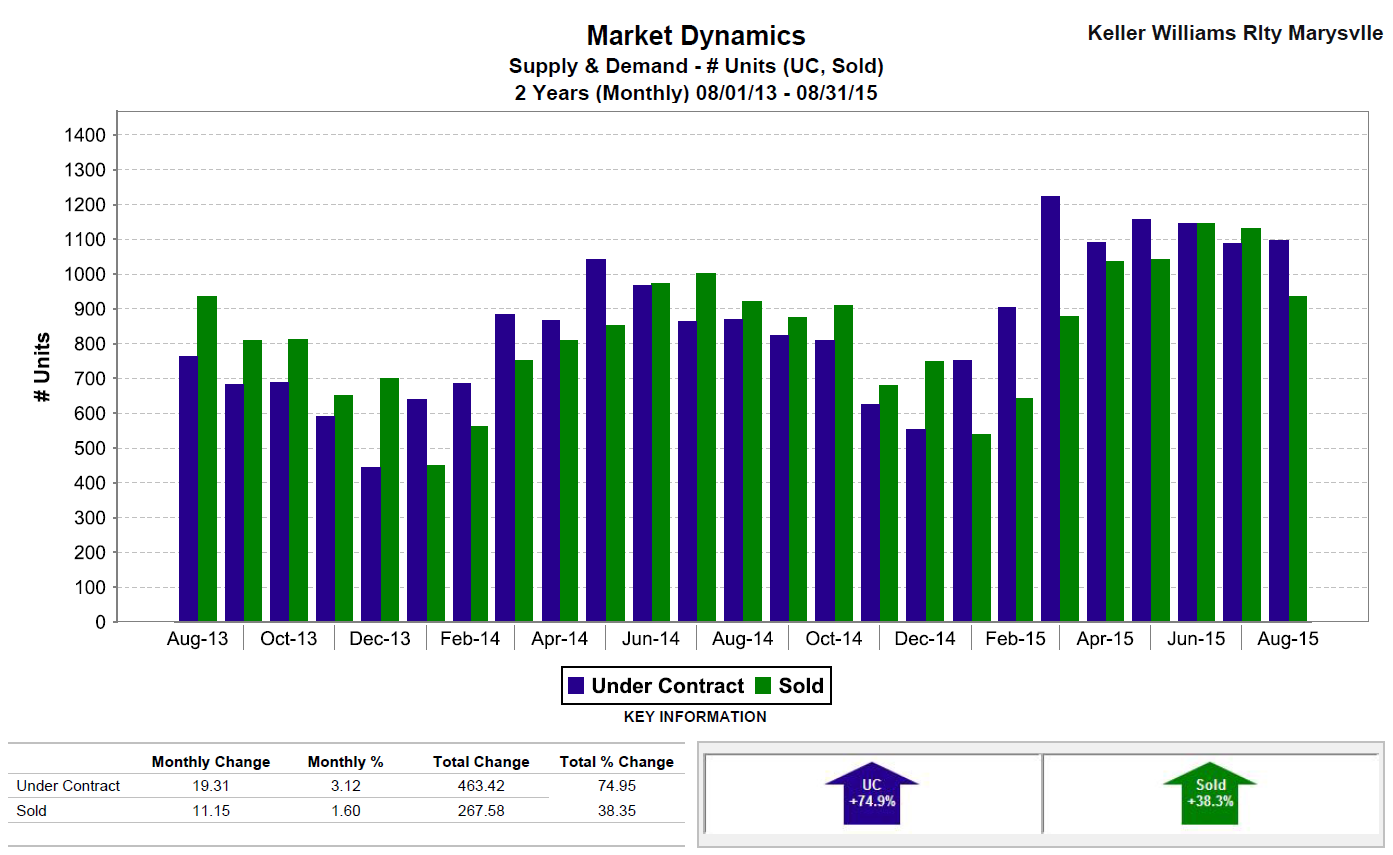 Median Home Prices for Sold, Under Contact & For Sale

The median home prices for homes that have Sold, are Under Contract, and are currently For Sale properties are increasing. 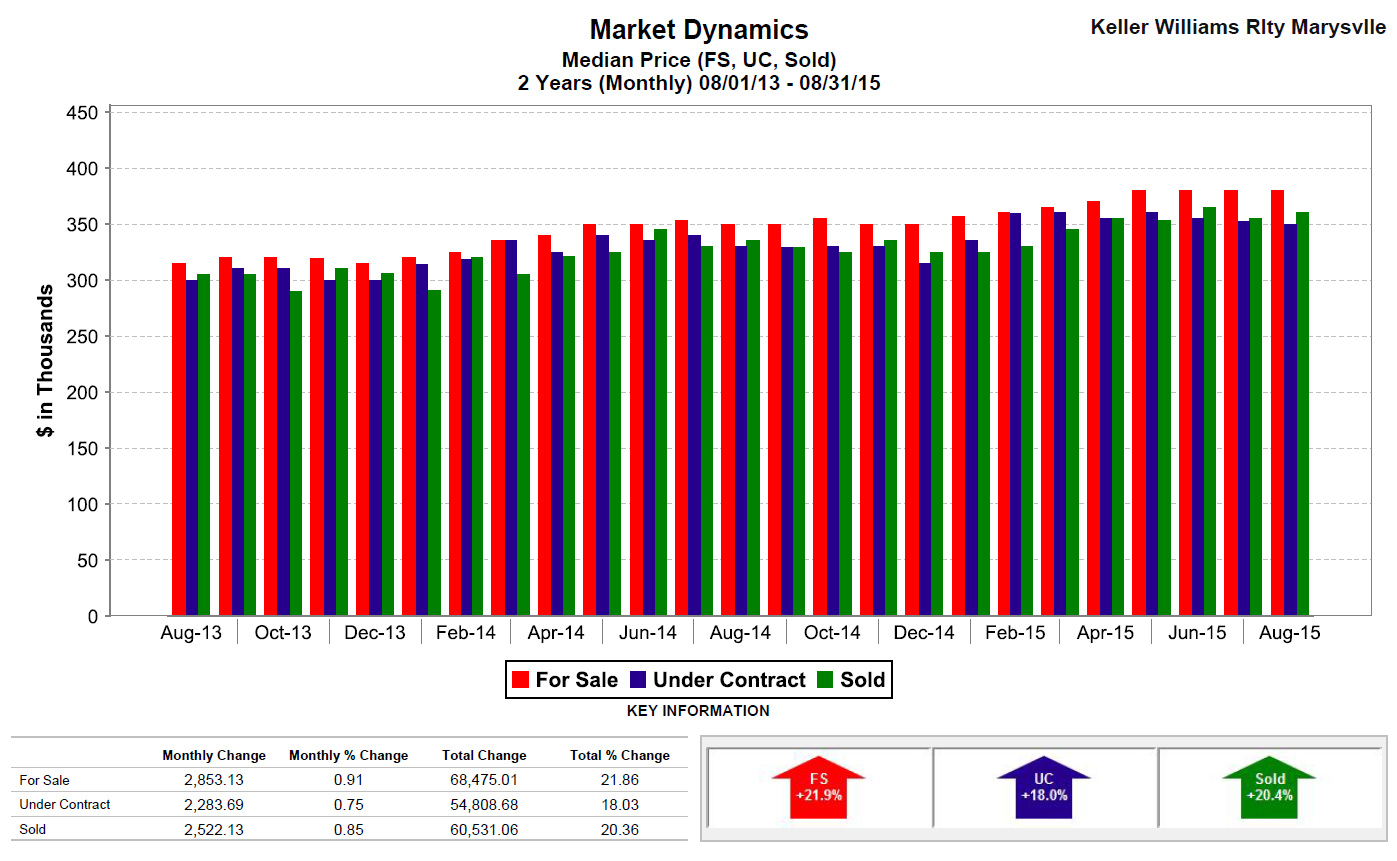 Homes and properties in the lower price points see the highest listings-to-sales price ratio while the middle price points ($300,000 - $400,000) seen the highest volume over the last 90 days. With that said, homes were selling for list price, for the most part - slightly under to slightly over list. 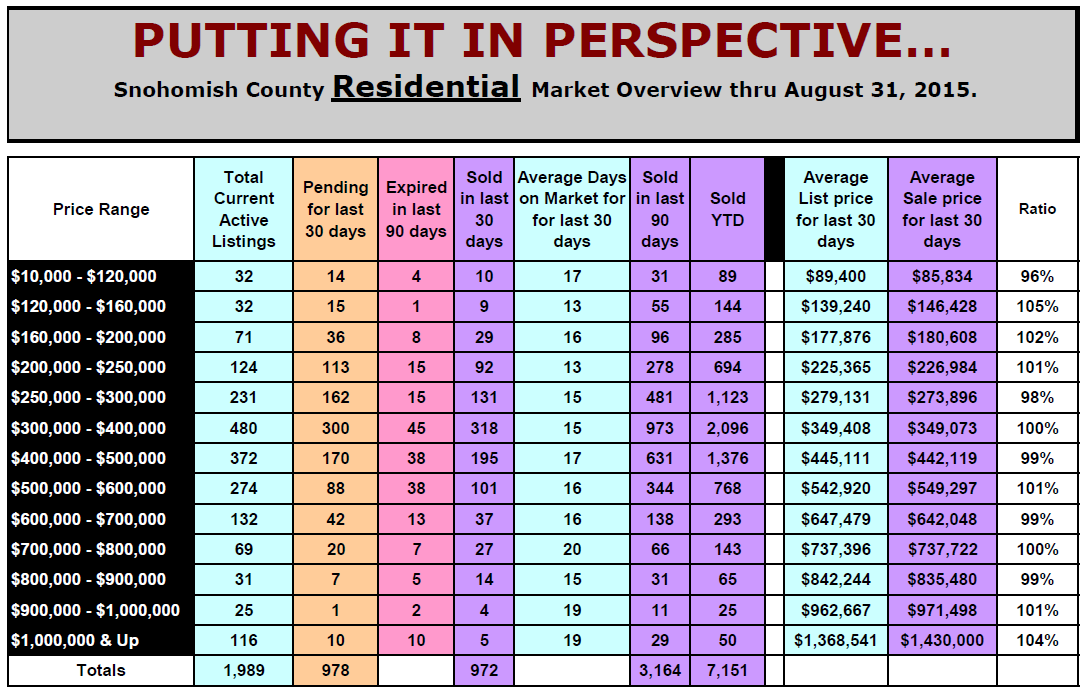 What are you thoughts on the Snohomish County housing market?

These are things I've been thinking about and please share your thoughts in the comments below.