Snohomish County housing statistics for September 2015 are published below in 5 charts. Yet before we get to the local statistical details, we'd love to ask some questions and here your thoughts in the comment box.

These are some questions we're pondering as the year comes to a close and what will 2016 bring for our clients. Today, Wednesday the 28th, the Federal Reserve stated it will not be raising rates even though the economic indicators remain strong and "the housing sector has improved further"- [SOURCE]

This month, we'll look at the following charts for September 2015:

Inventory levels have remained virtually unchanged, from July, through August, and September at 2.1 months. The slight decrease may seem insignificant to sellers on the surface yet when reviewing following charts a different picture is painted. 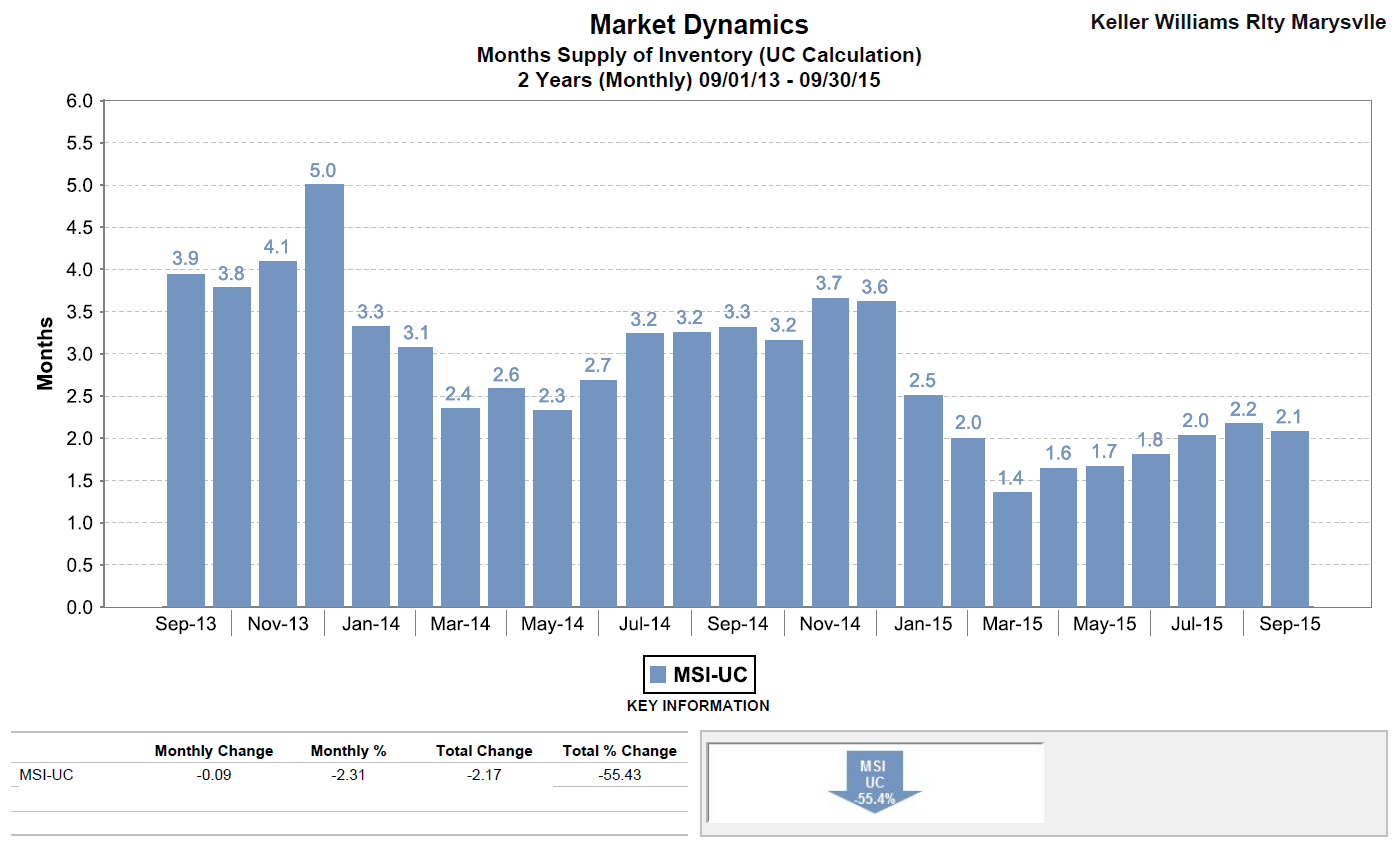 While Snohomish County's housing levels remain steady, the average days a property stays on market is increasing. From August to September, the one month increase was 6 days, or 14%. It is normal for Snohomish County properties to experience increased market time this time of year yet I'm not so sure this increase will be normal. 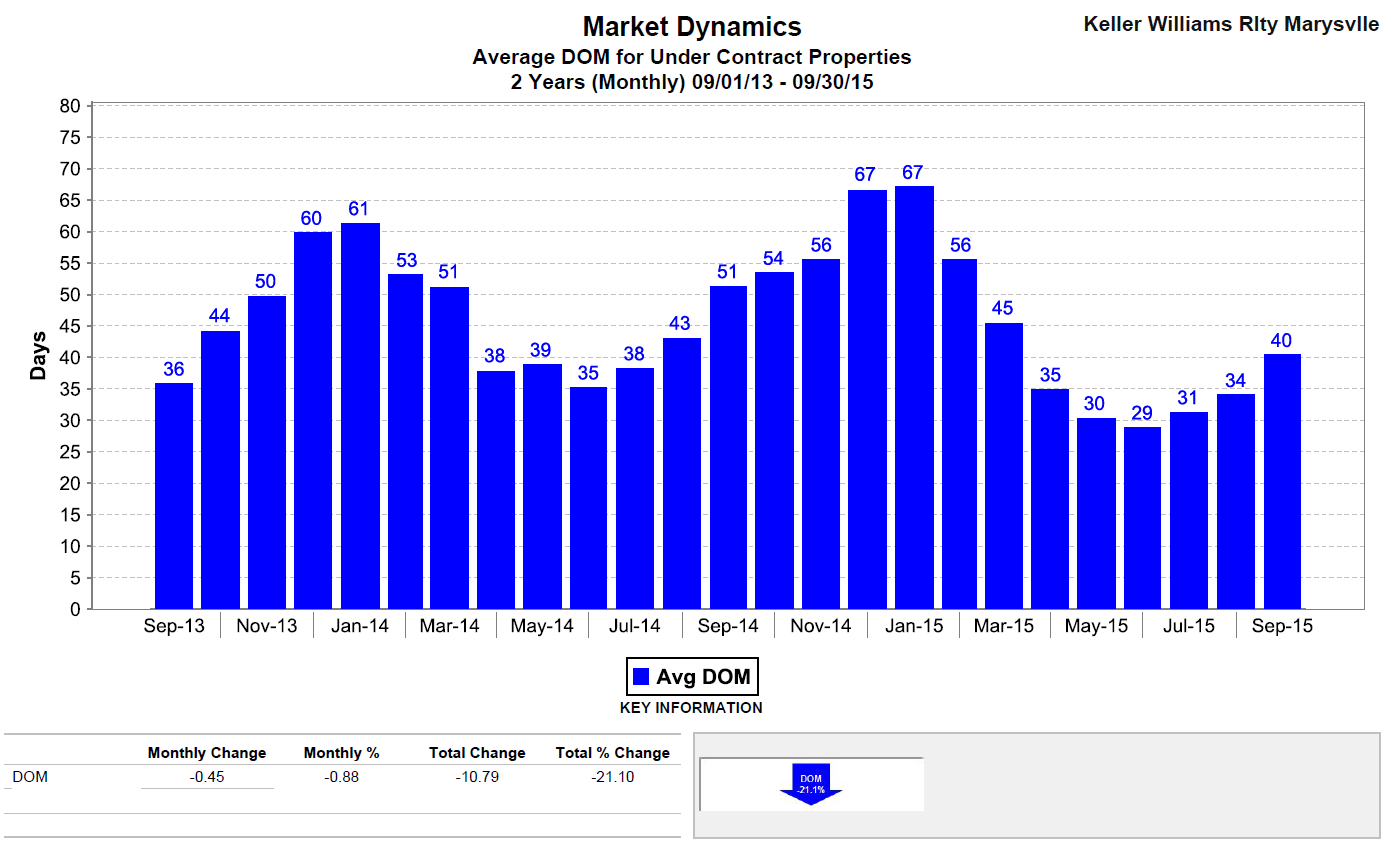 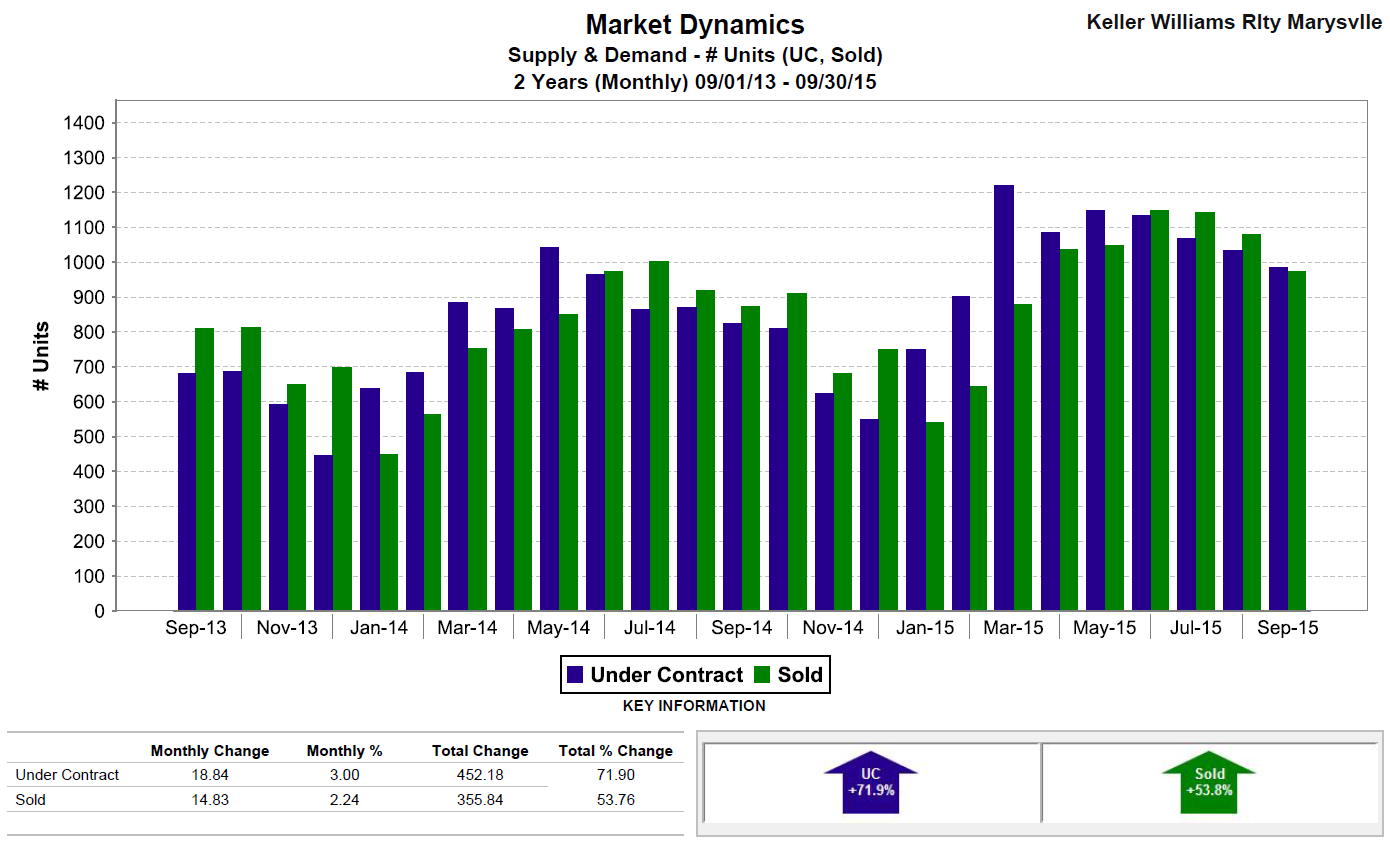 Canceled listings are not represented in the chart. 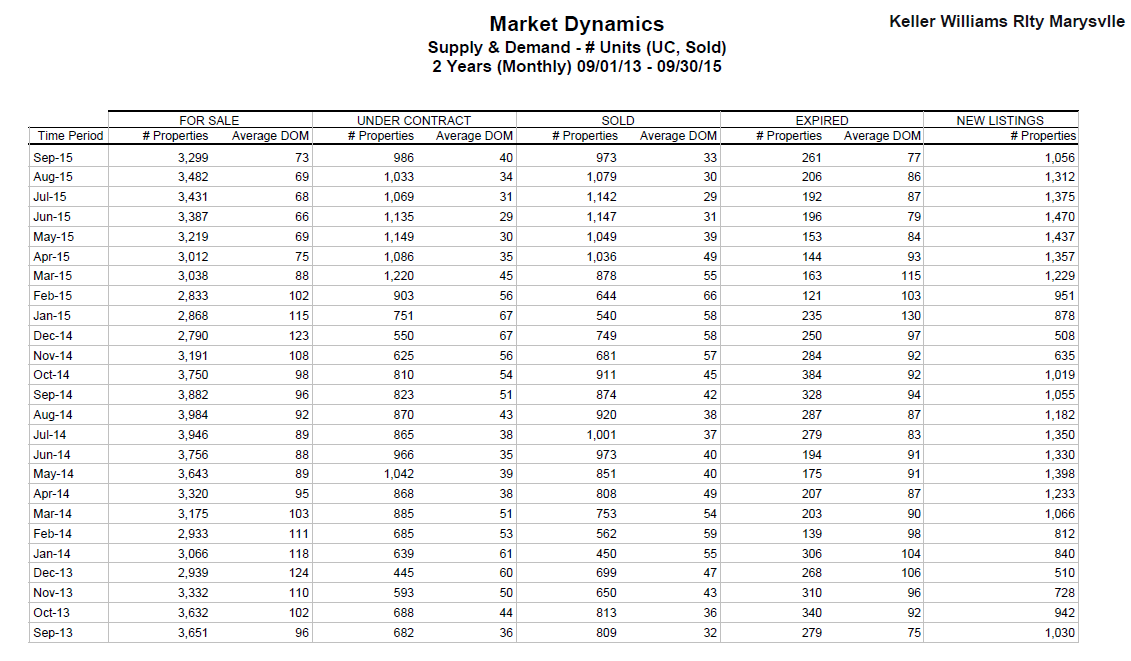 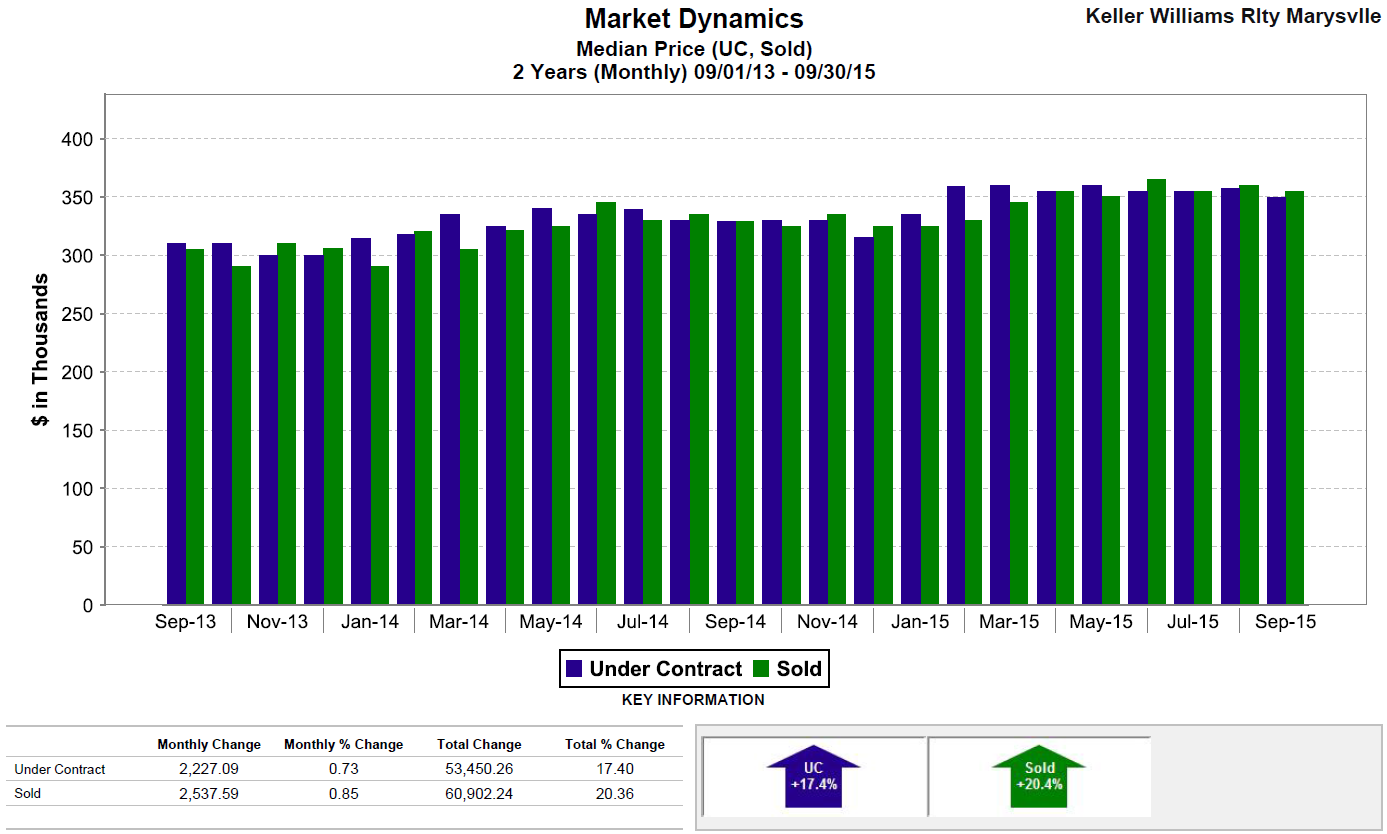 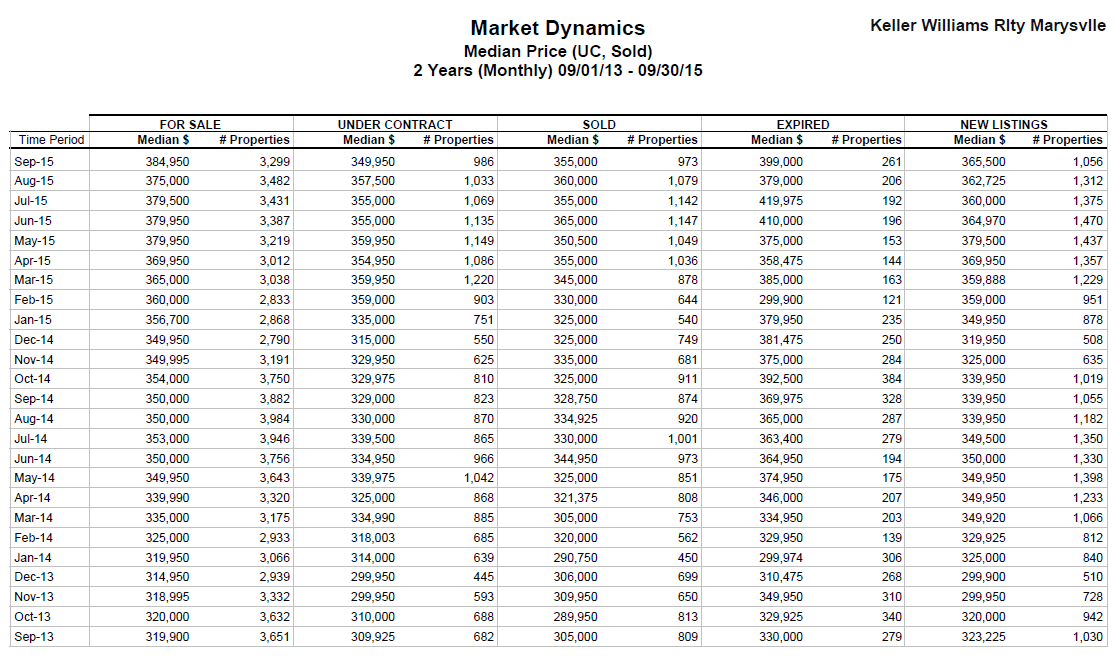 In the NWMLS September 2014 and September 2015 Sold properties comparison report, the County's 5 largest communities the experienced the following: 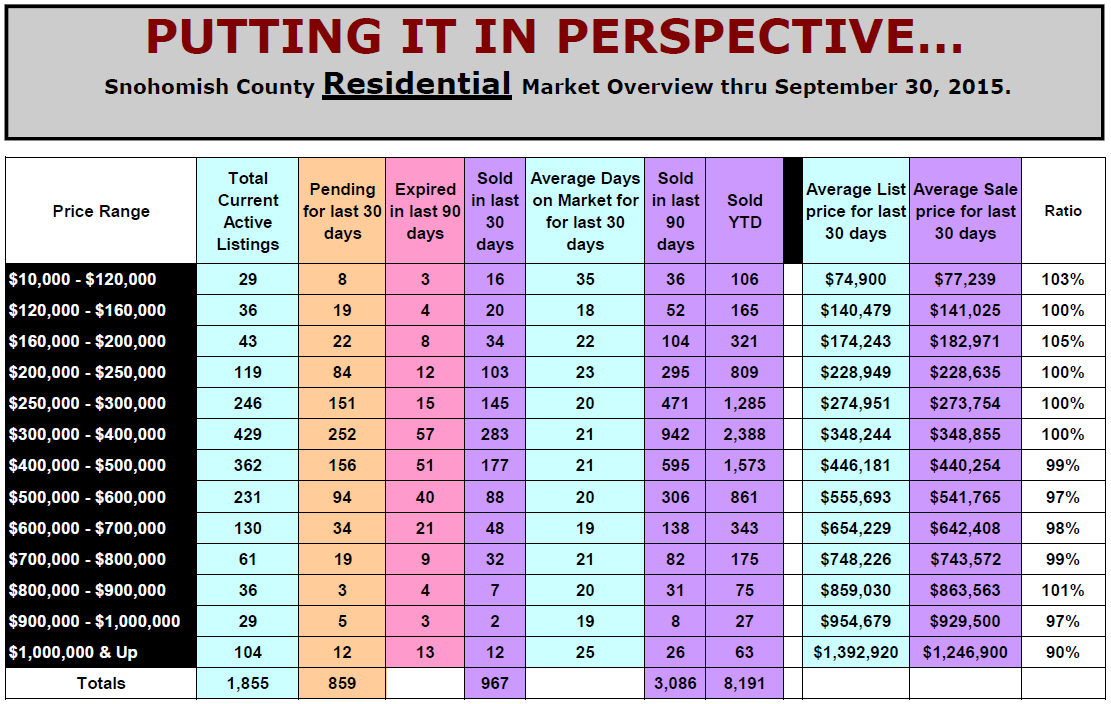 Housing inventory remained virtually unchanged yet market times increased and the median home price decreased which points to a slowing and natural correction of the escalating housing market. If you were thinking of when the peak might be, it very well have been July / August 2015 as the peak.